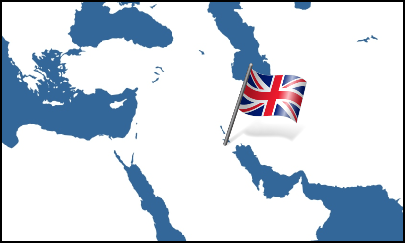 A former Ottaman region, Iraq was placed under the control of Britain following WW1 until 1958 when Iraq was declared a republic. Disputes with Iran led to a costly eight year war between 1980 and 1988 and this was compounded by President  Saddam Hussein’s fruitless invasion of Kuwait in 1990 which resulted in defeat by coalition forces. 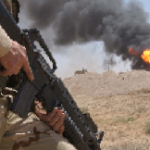 Human rights violations against many of the ethnic minorities in Iraq continued with particularly brutal treatment of Iraqi Kurds. Chemical weapons and possible nerve agents were used in Kurdish communities in Halabja with devastating effects where men, women and children were killed indiscriminately while they went about their daily lives.

Iraq proved unwilling to bow to UN resolutions imposed after the first Gulf War. Tensions rose with the suspicion that they were developing weapons of mass destruction and Iraq’s resistance to UN weapons inspections. US President George W Bush stated the concerns that Iraq was again capable of launching attacks both on his own people and also countries in the surrounding area by stating. “In Iraq a dictator is building and hiding weapons that could enable him to dominate the Middle East and intimidate the civilised world – and we will not allow it.”

The British, being part of the UN were mobilised to neutralise the threat of Iraq using – or even possessing these weapons. Coallition forces gathered in Kuwait and other friendly states in the Gulf and an attack was launched on Baghdad on 20th March 2003, narrowly missing the leadership of the regime.

Despite attempts to eliminate key military targets through ariel attack, coallition forces still met with fierce resistance. Major tank engagements took place outside the city of Basra on 27th March which led the way for British troops to break through and raid the party headquarters of the Ba’aath party in the city.

A week later, US forces captured Saddam Hussein airport in Baghdad and entered the city after two days. They encountered very little resistance and there were jubilant celebrations by the civilian population as the statue of Saddam Hussein was toppled.

On 10th April, Iraqi 5th Corps agreed to a ceasefire outside the city of Mosul. Days later the city of Tikrit welcomed US Marines and Australian troops captured the airbase of Al Asad, near Baghdad.

There then began the task of holding Iraq, putting infrastructure in place which would allow the Iraqi people to be self governing. Many lives would be lost in the continuing insurgency in which members of Sunni and Shia communities struggled for control, often with violence being targeted against the occupying troops.

In 2006, Saddam Hussein was executed for crimes against humanity. Despite the horrors he inflicted on his own people, no weapons of mass destruction were ever found in Iraq.