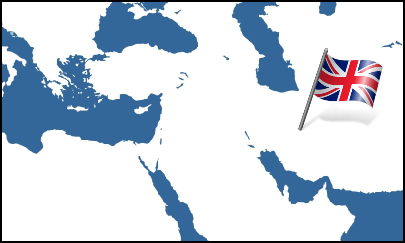 Afghanistan shares borders with China, Iran,Pakistan, Tajikistan, Turkmenistan and Uzbekistan. It has strategic importance along the “silk route”.

During the Cold War the Soviet Union invaded in an attempt to support the communist regime and defeat the Mujahidin. Despite fighting for many years, Soviet troops were unable to stabilise the area and suffered a humiliating retreat, leaving the Mujahidin to rule the country.

The organisation was quite unstable and the resulting infighting led to the formation of the Taliban. Their rule gave the country the stability it needed but it had a very poor record for human rights. The citizens were oppressed and fearful. The Islamic extremism associated with the regime resulted in condemnation from many countries. 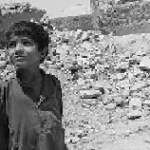 International pressure was heaped upon Afghanistan for sheltering Osama Bin Laden, accused of masterminding bombings on American embassies in Africa in 1998. He called for a Fatwa or Holy War against America.

Osama Bin Laden was said to be the mastermind behind the attacks on America on September 11th 2001.  America lost almost 3,000 civilians in suicide attacks using 4 hijacked planes. Two of these planes were flown into the Twin Towers of the World Trade Centre in New York; a third was flown into the Pentagon in Washington and a fourth crashed into a field near Pennsylvania after an attempt by the passengers and crew to regain control of the plane. This was the catalyst for The War on Terror.

Despite American demands to hand over Bin Laden, Afghanistan refused and were subject to air attacks by the USA and Britain. The city of Mazar –i-Sharif was quickly captured and within days US and UK troops were marching into Kabul.

Afghanistan proved a difficult country to control due to the vast, inhospitable terrain and the tribal allegiances of the Afghan people who had grown used to resisting occupying forces.

NATO and Afghan forces launched Operation Achilles in order to achieve stability in the south, particularly in Helmand Province. During the fighting Mullah Dadullah, the Taliban’s most senior military leader was killed and his body was exchanged to secure the release of 4 Afghan health ministry workers who had been captured. A fifth hostage was killed due to delays in releasing the body. More kidnappings followed with the detention of a group of South Korean charity workers, 2 of whom were killed.

In November 2007 a further bombing in the Northern town of Baghlan killed at least 41 and suicide attacks continued into 2008. Following a mass jail break in Kandahar in June the number of troops were boosted in an attempt to make progress.

The problem of insurgents retreating over the border to Pakistan remained a problem and President Karzai of Afghanistan made it clear to Pakistan that he would pursue insurgents to the Pakistani city of Islamabad. Throughout 2008 President Asif Ali

Zardara of Pakistan worked with President Karzai on a joint strategy to tackle the question of security in the border regions.

With a new President in the White House, 2009 saw the unveiling of Barack Obama’s new strategy designed to bring peace and self rule to Afghanistan with the announcement of extra appointments to Afghan police and security forces and more investment for redevelopment.

A massive effort was made to secure canals and river crossings in Helmand Province. Operation Panther’s Claw saw fierce fighting and many casualties including Lt Col Richardson who became the highest ranking officer to die in

battle since Col (H) Jones died during the Falklands War.

In 2001 Hamid Karzai was elected interim head of state and despite several assassination attempts he was elected President of a volatile country in 2005. In 2006 the coalition launched Operation Thrust to defeat the Taliban forces in the south of the country.

Karzai remained in power. Peace and democracy would prove elusive for the people of Afghanistan who were torn between a desire for reform and old tribal traditions.