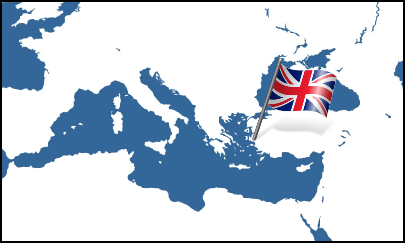 Yugoslavia consisted of 6 distinct areas; Bosnia/Herzegovina, Croatia, Macedonia, Montenegro, Serbia and Slovenia. It shares
boundaries with Hungary and Romania and is separated from Italy by the Mediterranean Sea.

War the Yugoslav Socialist Federation was formed. The Federation always volatile with a complex mix of individual cultures. Each area had a strong national identity but Yugoslavia was held together by President Tito. 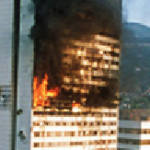 Yugoslavia was a soviet state which fell apart after the collapse of communism. Slovenia and Croatia were the first regions to declare independence. The Yugoslav army were quick to attack Slovenia and engaged in a 10 day war. The different nations which bound the

Federation together looked at their neighbours with increasing suspicion. Tensions between ethnic groups who had lived together relatively peacefully began to mount and following clashes between Serbia and Croatia war broke out.

Bosnia Herzegovina declared independence and the Bosnian Serbs claimed a separate state. This escalated the fighting and led the Serbs to laying siege to the city of Sarajevo.

The United Nations became involved in May 1992 and imposed sanctions against Serbia and Montenegro. These were the only 2 states remaining in the Yugoslav Federation. They were punished for stirring up the war against Bosnia and Croatia. Despite attempts by Cyrus Vance and Lord Owen who planned to divide Bosnia into 10 provinces for each of the ethnic groups there wasn’t a settlement.

In March 1993 the Bosnian Croats and Muslims began fighting over the remaining 30% of Bosnia not already controlled by the Serbs. The UN declared “safe zones” for Muslims in Sarajevo, Tuzla, Bilbac, Srebrenica, Zepa and Gorazde. Despite a fragile initial agreement to create 3 separate states in Bosnia for Muslims, Croats and Serbs the talks were abandoned following the violation of the ceasefire by the Serbs. The following year more than 60 people were killed and 200 wounded when a shell was fired into a crowded market place in Sarajevo. The UN demanded that Serbs withdraw their heavy guns from around the city or face air strikes. A US peace treaty was signed by Bosnia’s Muslim led government and the Croats. This would have led to Bosnia being divided into separate zones but was firmly dismissed by the Bosnian Serbs in August.

Meanwhile in Sarajevo the Serbians refused to remove heavy weapons which resulted in a NATO attack on a Serb ammunition depot. In retaliation Serbs fired on safe zones including Tuzla where 71 people were killed. This was followed by Serbs taking Srebrenica and Zepa, two of the “safe areas” set up for Bosnian Muslims. As people fled from the safe zones many were killed resulting in one of the worst bloodbaths of modern times. In August. Croatia launched attacks on Serbs and managed to retake the Serb held land in Croatia resulting in 180,000 desperate Serb refugees. Despite intensive efforts to find peace NATO felt it had no alternative than to launch an air campaign to attack and disable the Serb heavy guns. After 3 weeks the Serbs agreed to remove their heavy guns from around Sarajevo.

By November the presidents of Croatia, Bosnia and Serbia negotiated a settlement to establish a peaceful future for Serb held land in Croatia and to safeguard the Muslim-Croat federation in Bosnia.

During the war many atrocities were committed on both sides, often in plain sight of the UN troops and under the glare of the world’s media. One of the worst of these was the massacre at Srebrenica where Bosnian Serbs overran the town despite the presence of Dutch troops. Men and boys were taken away and murdered and there are many reports of rape of the remaining women. 8,000 civilians were killed. “Ethnic cleansing” was rife on both sides during the conflict resulting in a bloody, vicious war which saw neighbour taking up arms against neighbour.

Ratko Mladic, the General accused of organising the massacre at Srebrenica was arrested on 25th May 2011 and stood trial at The Hague, facing charges of the largest war crime since the Holocaust. He remains under arrest. Radovan Karadzic, his colleague and rival evaded capture for 13 years but was sentenced in 2016 to 40 years imprisonment for his war crimes.