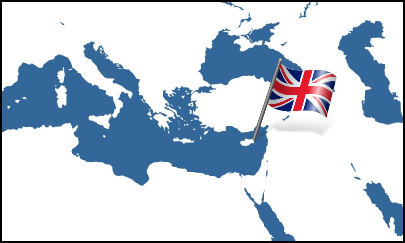 The Suez Canal was built in 1869 linking Egypt and the Sinai Peninsula and therefore removing the need for the hazardous and lengthy journey around the horn of Africa.

The Suez Canal was constructed through co-operation between France and Egypt. The British Government bought the Egyptian shareholding for £4 million when Egypt found herself in financial difficulties in 1875. During WW1 Britain declared Egypt a protectorate and sent forces to defend the canal, which was vulnerable to attack. It wasn’t until 1936 that Egypt was finally declared an independent state. Britain however, continued to guard the canal until 1956. 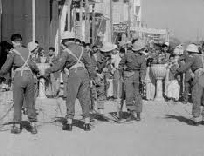 The creation of the state of Israel after WW2 heightened the Arab suspicion against Western nations and in 1952 growing Egyptian nationalism led to attacks on British garrisons and communities. Britain responded by threatening to invade Egypt. A military coup followed and General Mohammed Negulb seized power.

In 1954 Colonel Nasser replaced General Negulb. He wanted to free Egypt from British interference and to construct a dam at Aswan to irrigate the Nile Valley and thereby improve the economy. He also wanted to develop a military capacity in order to defend the country from Israel. Later that year Britain signed a treaty with Egypt agreeing to withdraw troops by 1956. In return Egypt would respect rights of passage through the canal. However, when US money for the Aswan Dam project was withdrawn Egypt decided to nationalise the Sue Canal to replace the capital. Britain was concerned about the guarantee to allow safe passage through the canal.

Following a secret meeting with the British Prime Minister, Anthony Eden, Israel’s leader Moshe Deyan agreed to attack Egypt. The conflict would give legitimate cover for an invasion of the canal area by Britain and France. On 29th October 1956 Israel’s attack began and during the fierce fighting, Israel pushed ahead to attempt to take the Melia Pass. On 5th November British and French troops destroyed the entire Egyptian Air Force and captured the Gamil airfield before moving swiftly towards Port Said. Despite the gains, full control of the Canal Zone was not established before the troops were halted.

Political pressure worldwide and from the US in particular caused the military action to be brought to an end. The United Nations, spurred on by fears of Soviet involvement acted swiftly to clear and re-open the canal. Britain’s reputation was severely damaged by the conflict.

54 British troops were killed in the Canal Zone Emergency.