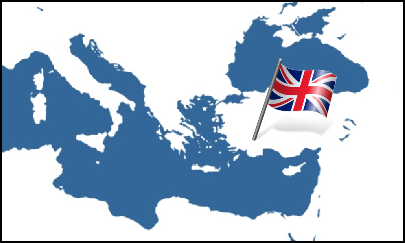 During WWII Greece was occupied by Nazi Germany, forcing King George II of Greece and his government to flee to Egypt where they set up a government in exile. Forces controlled by the Greek Communists, National Liberation Front – (EAM) and Greek People’s Liberation Army – (ELAS) organised the resistance movement back in Greece. By the time the Allied Forces fought their way to Athens in October 1944, these groups controlled most of the country.  Although EAM and ELAS were communists, the Soviet leader, Stalin offered no help to them in their struggle to keep control of Greece. Instead they relied for help on the nearby Communist countries of Albania and Yugoslavia. 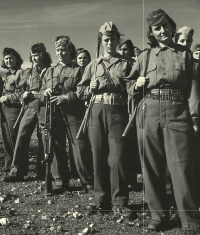 Britain attempted to support the pre-war government in its attempt to regain control from the communists but the country fell into a bitter civil war. It took government forces, with British support until February 1945 to regain control of the country. Elections in March 1946 resulted in a Royalist victory, returning the King to his throne but enraging the Communists who began a guerrilla war.

Britain was under massive financial strain because of the cost of WW2 so the USA agreed a  plan called the Truman Doctrine which meant they would provide military and economic aid to Greece.

ELAS set about forming a “Free Greece Government” supported by 20,000 guerrilla fighters who swarmed down from their strongholds in the mountains and swept south. It was only US finance and military power that prevented them from taking Athens.

ELAS had been dependent on Communist Yugoslavia and Albania. However, when the Soviet leader, Stalin fell out with the Yugoslav leader, Tito, Greek Communists chose to follow Stalin. As a result Tito refused to assist the Greek Communists any further which had a huge impact on their military capability. On 16th October 1949 after losing the last of its mountain strongholds a ceasefire was announced by ELAS.

This bitter, divisive civil war is estimated to have killed 50,000 servicemen and made 50,000 people homeless.