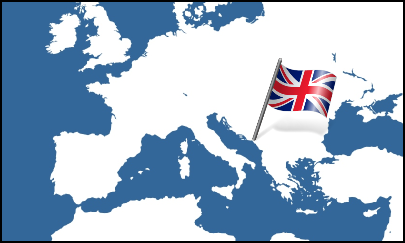 Yugoslavia consisted of 6 constituent republics: Bosnia/ Hercegovina, Croatia, Macedonia, Montenegro, Serbia and Slovenia. It shares boundaries with Hungary and Romania and is separated from Italy by the Mediterranean Sea.

Although Kosovo is within Serbia, the population consisted largely of ethnic Albanians in the South and Serbs in the North.

Following the death of President Tito in 1980, ethnic tensions rose to the surface once again with ethnic Albanians resenting Serb rule. The Serb leader, Slobodan Milosovic attempted to bring Kosovo under the direct control of Serbia – even to the extent of changing the official language from Albanian to Serbian.

After 6 years of oppression, many Kosovans attempted to follow the lead of Slovenia, Croatia, Bosnia and Macedonia to break away from Serbian rule by establishing an armed resistance movement, The Kosovan Liberation Army (KLA). The fierce response by Slobodan Milosovic caused widespread international concern. 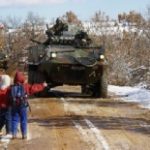 Ethnic Albanians continued to have their rights eroded, making them second class citizens in a chilling parallel to Nazi Germany.

Following the killing of 4 Serb policemen by the KLA near the village of Racak, the Serbs attacked and shelled the village on 15th January 1999. The civilian population were later rounded up and 45 people were executed by firing squad. Continuing massacres helped to galvanise the international community into action. When efforts to find peace were rejected by Milosovic, NATO responded with air strikes.

Ethnic cleansing of Kosovan Albanians continued and there were counter attacks on the Serbian population. 750,000 Albanians fled from the fighting and were scattered throughout the world. Most were unwilling to return to their homes even after the war under the supervision of NATO. Kosovo

In May 1999, with NATO bombing continuing, Milosovic became the first serving head of state to be indicted for war crimes. He was held responsible for the murder of 600 personally identified ethnic Albanians and faced 6 charges of crimes against humanity including massacres in Srbica and Velika Krusa which involved the systematic slaughter of men in the communities.

On 10th June Milosovic ordered his troops to withdraw, leaving the country battered and shocked by the ethnic violence. Later that year a massive body of evidence was put together by the Organisation for Security and Cooperation in Europe, which detailed accounts of rape, mutilation and murder.

Both Serbs and ethnic Albanians had fallen victim under the hand of the other.