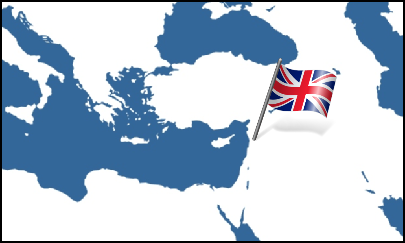 Palestine in a region on the eastern shore of the Mediterranean Sea and is made up of parts of modern Israel, Jordan and Egypt.

Plenty of people claimed Palestine as their own Holy Land. The land of Palestine has been fought over for centuries. The Jewish people feel it is their homeland, given to them by God. Christians see it as the “Holy Land” which was where Jesus lived. Muslims find the place special as it was where the Prophet Muhammad ascended to heaven. Rather than find ways to share this holy place, nations have wanted to have it for themselves.

The area was the focus of the Crusades and was conquered by the Ottoman Turks in 1516. By the late 19th century, Jews wanted to create a Jewish homeland in Palestine, and during World War I the British, who captured the area, appeared to support this goal. 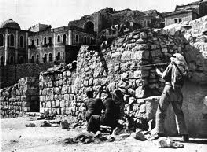 Following WW1 much of the Middle East was divided up between the countries who won. It had been owned by the Turkish Empire but in 1922 Britain took control of it. The aim was to provide a new homeland for Jewish people although many non Jewish people lived there at the time.  In the 1920s and 1930s it became more difficult for Jews to live in Germany because of the rise of the Nazi party so more and more people tried to move to Palestine to find a safe place to live. During WWII the British Foreign Secretary, AJ Balfour had promised Palestine as a “Jewish national home”.

Although it was never made clear what he meant by this, it was thought that the British would remain in control of the Jewish state and would only allow 15,000 Jewish refugees into Palestine each year. Once the quota was reached people were kept in detention camps or deported to places such as Mauritius. Tension between the Jewish settlers and the Arabs escalated and erupted into violence.  In 1947 Britain asked the United Nations to help establish a peaceful settlement.  A Partition Plan to divide Palestine into Jewish and Arab areas was suggested. The plan was rejected and led to civil war.

However, this was rejected and resulted in civil war. It was not until 1949 that the Armistice Agreements were signed between the newly formed state of Israel and its neighbours. The 1949 armistice line, the so called “green line” is to this day the internationally recognised border of the state of Israel. It is often referred to as the “pre 1967 border”.