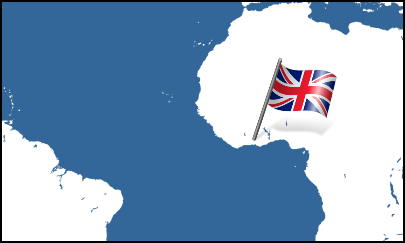 West coast of Africa. Bordered by Guinea to the North and Liberia to the South. The country is a major producer of diamonds. It boasts miles of beautiful, unspoiled beaches along its Atlantic coast.

The capital, Freetown, was a major slave export post. In 1787 it was established as a settlement for slaves who were being repatriated and rescued from America. In 1808 Britain declared Freetown a Crown Colony and in 1896 the interior of the country became a British Protectorate until it was granted independence in 1961.

The ensuing decades saw much political unrest with several coups and the declaration of a one party state. Despite the income generated by diamond exports, 2 years after taking power, Major-General Joseph Saidu Momoh declared Sierra Leone to be in a state of economic emergency. 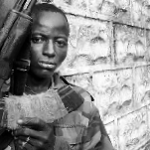 In 1991, the Revolutionary United Front (RUF), led by former army corporal, Foday Sankoh began a campaign against President Momoh, capturing border towns near the Liberian border. The RUF was opposed to the inadequate distribution of the country’s wealth.

Initially the RUF received some popularity but this soon changed as they developed a reputation for mutilation, rape, murder and the abduction and brutalisation of child soldiers.

After years of fighting a ceasefire was announced in 2000.  In an unpopular move the UN arrived to ensure peace. Attacks began on UN troops and many were abducted. British paratroopers were responsible for coordinating the evacuation of British citizens and keeping the peace.

Later that year 11 British soldiers were taken hostage by a group calling themselves the West Side Boys and a rescue mission was launched to free them and other hostages.

In 2001 the rebels had retreated to the countryside and UN troops were deployed peacefully in rebel held territory. The Sierra Leone army, trained by the British started its own deployments in the rebel held area. A year later peace was declared and the 45,000 fighters were disarmamed.

In May 2002, Ahmad Tejan Kabbah was formally elected as President. The RUF who stood as political opponents received very little support in terms of votes. Sankoh died in prison the following year while waiting for his trial for war crimes.

By injuring civilians rather than killing them the rebels aimed to increase the burden on the state. One legacy of the war is the massive amounts of amputees including children who were harmed deliberately during the conflict.

The death toll for this brutal war is estimated at 50,000 in a country with a population of 6 million. The total number of people who suffered amputations is not known but it is estimated to run to several thousand.